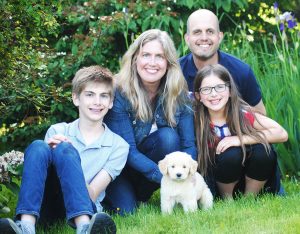 REPRESENTATIVE DREW HANSEN is a trial lawyer and legislator responsible for some of Washington State’s most significant progressive policies, including:

As a trial lawyer, Rep. Hansen frequently represents pension funds, small businesses, and others injured by financial fraud and other wrongdoing. Rep. Hansen’s significant cases include:

Rep. Hansen taught civil rights law and history at the University of Washington Law School, and he is the author of: The Dream: Martin Luther King, Jr. and the Speech that Inspired A Nation (Ecco/HarperCollins, 2003), which U.S. Rep. John Lewis (D-GA) called “a great contribution to the history of the movement.”

Rep. Hansen graduated from Harvard College and Yale Law School, and he studied Theology at Oxford University as a Rhodes Scholar. He lives on Bainbridge Island with his wife Julie, their two young children, and their dog. He has coached soccer as a volunteer with the Bainbridge Island Football Club and he attends Bethany Lutheran Church with his family.